Mads Nissen / Politiken
“Caught in a land of gangs, drugs and extreme inequality” 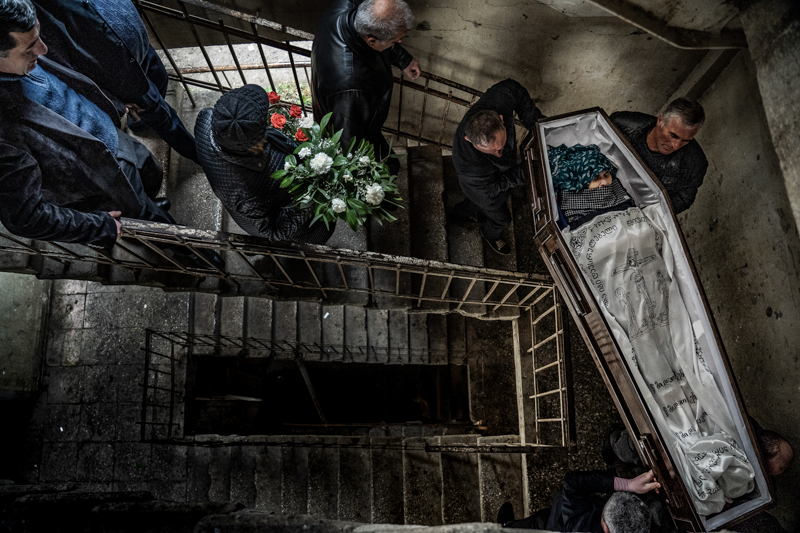 Family members carry a coffin down the staircase to a hearse waiting outside the Hotel Kartli, which was a health spa for Russian tourists during Soviet Times. The lifts in the building haven't worked in many years. The woman in the open coffin is Tiniko Jojua, a 78-year-old who died of leukaemia. She was originally from Gulripshi in Abkhazia, she has three children, six grandchildren and three great-grandchildren. 20 April 2019 Tbilisi