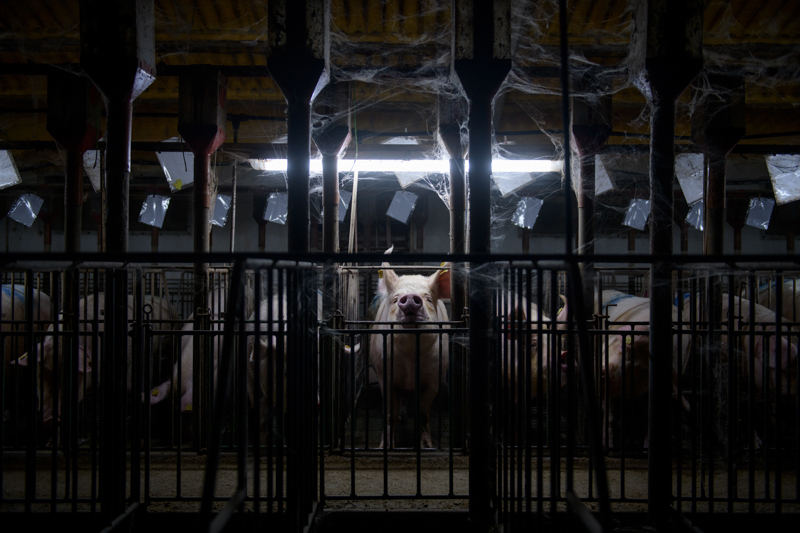 Spain is Europe's main pig producer, third worldwide, and everything points to a steep growth in the coming years. In addition to the ecological impact that farms cause in aquifers and rivers, and their direct relationship with the climate crisis, there is an increasing social concern for the abuses suffered by animals. European welfare regulation allows, during the first four weeks of pregnancy, the placement of sows in individual cages where they remain immobilised. The cages are arranged as cells in areas where hundreds of sows can be housed next to each other. The image has been obtained during a clandestine investigation together with a team of anonymous investigators. / December, 2019. Aragon.