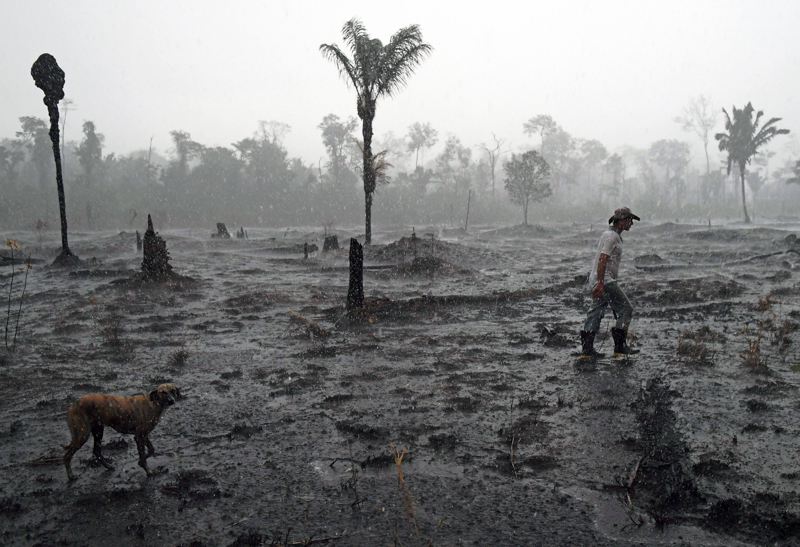 Brazilian farmer Helio Lombardo Do Santos and a dog walk through a burnt and devastated area of the Amazon rainforest, near Porto Velho, Rondonia state, Brazil, on August 26, 2019. Brazil alone contains 60% of the Amazon rainforest. The large number of fires in 2019 shocked the world and many were a direct result of man made deforestation. Last year the rate of deforestation in the Amazon had risen to its highest level in 11 years. The Amazon has lost 10.3 million football fields of rainforest in the last decade. The Amazon is the world's largest tropical rainforest and key to the fight against climate change because it is also the worlds largest carbon dioxide sink. It is estimated to capture up to 25% of global carbon dioxide generation into plants and other biomass.