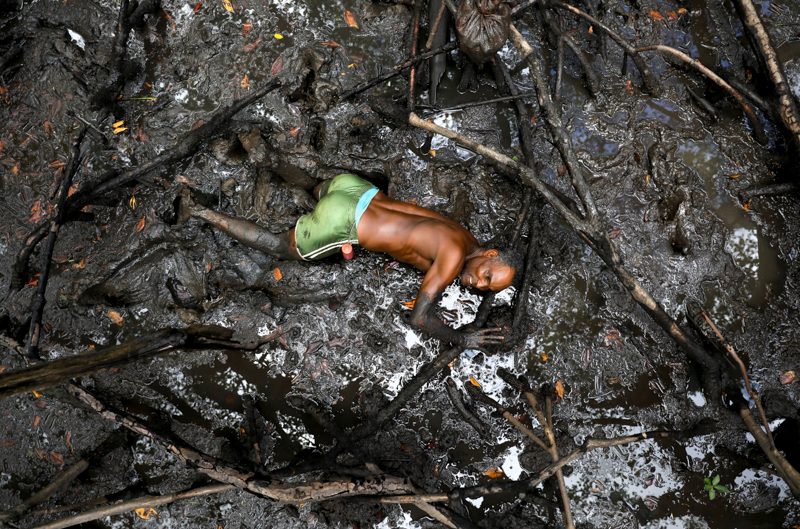 Fisherman Jose da Cruz, who is known by the nickname Vampire because of his distinctive teeth, catches crabs inside mangrove forests on the Caratingui river, in Cairu, state of Bahia, Brazil, April 3, 2019. Cruz's average daily catch is half of what it was 10 years ago. In that time, the water line has advanced 3 meters inland from where it used to be, according to Cruz. "Nature is upset. ... In Antarctica, it's melting, nature is melting," he said. "People, you have to have some awareness about what is happening. It's clear what is happening."