Tariq Zaidi / Freelance
“A policewoman stands over a body” 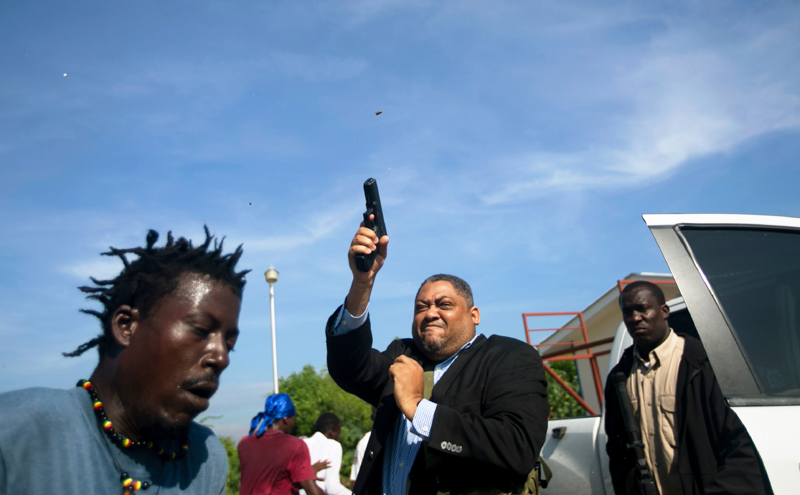 Ruling party Sen. Ralph Fethiere fires his gun outside Parliament as he arrives for a vote on the ratification of Fritz William Michel's nomination as prime minister in Port-au-Prince, Haiti, on Sept. 23, 2019. Opposition members confronted ruling-party senators, and Fethiere pulled the pistol when protesters rushed at him and members of his entourage. The vote was cancelled.