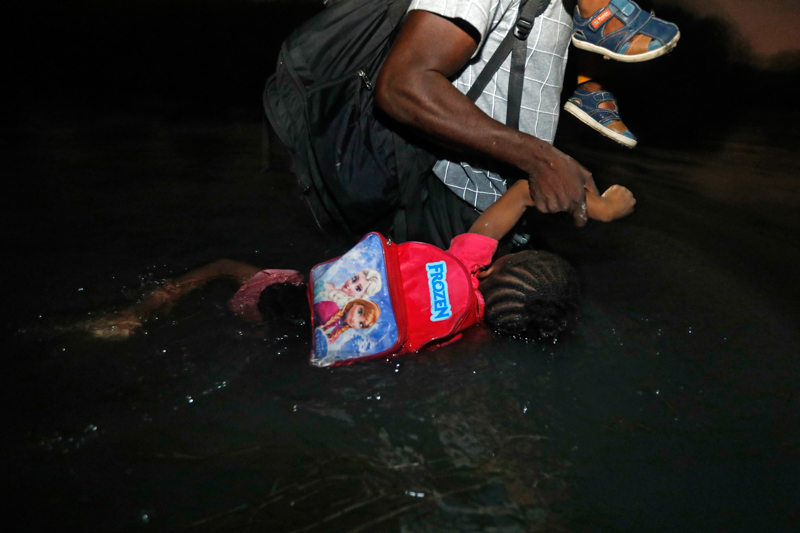 A man drags his child through the water as he wades across the Rio Grande river in hopes of reaching the United States to ask for asylum. He was carrying a second child on his head when the boy wearing a child's "Frozen" backpack lost his footing. As President Trump clamps down on asylum seekers coming to the United States, the number of migrants arriving from the African continent and from Haiti continues to rise.