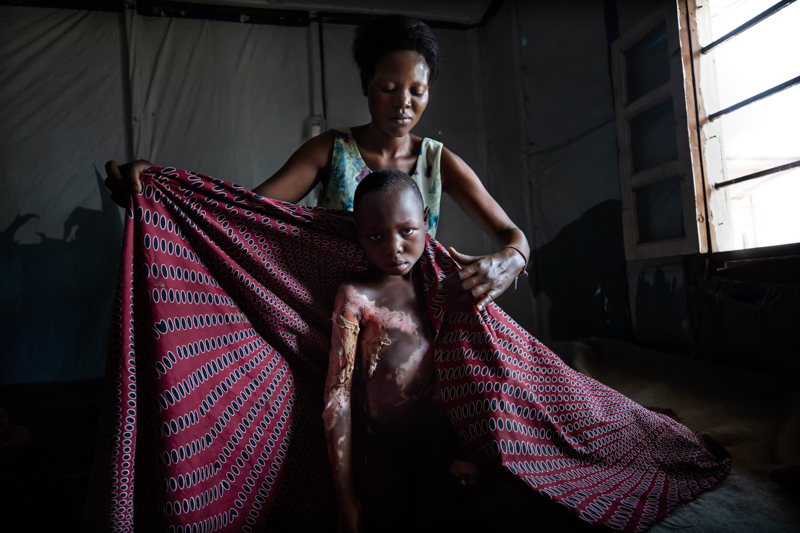 Rehema Baranyeretse is ten years old. Every morning her mother leaves her alone at home to care for her twin siblings, both 3 years. Many women make a meager and hard living the same way Rehemas mother does. They are called "les femmes transporteuses" in French and "babeba mizigo" in swahili. However, in whichever language you use, the carrier-women of Congo has many burdens. In a single household, being absent and giving your ten year old daughter an adult's responsibility is one of them.

One morning Rehema was making breakfast for her siblings and the open flame from the fire caught her dress, burning her severely. The family cannot afford a gas stove. Now she is in a local hospital run by a small NGO. They cannot afford the fees and are run deeper in debt every day.